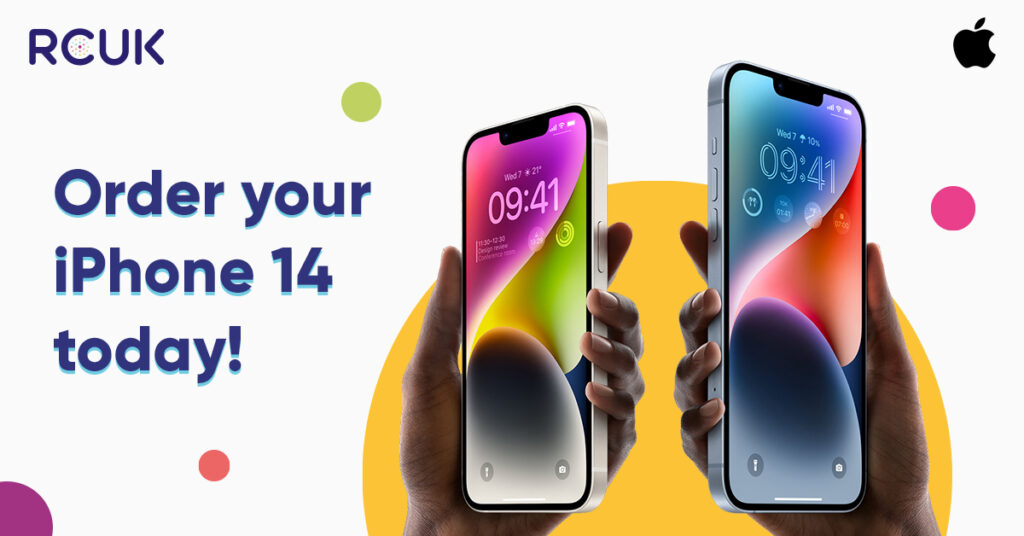 Pre-order yours today With Apple unveiling their new iPhone range last week, we‚Äôre pleased to announce that we can take pre-orders for the iPhone 14, iPhone 14 Plus, iPhone 14 Pro and the iPhone 14 Pro Max. All handsets purchased are in line with standard Apple pricing. To place your pre-order, simply call our orders […]

In December we‚Äôve decided to extend our tablet deals, as they‚Äôre perfect seasonal gifts. You can choose a tablet from as little as ¬£14.99 and we‚Äôre here to guide you through the options available. Buying a tablet as a gift is a great way to help friends and family stay connected, especially as this year […]

Last night Apple held their annual September event, which marks the start of the hardware season. The ‚ÄúTime Flies‚ÄĚ event was different for two reasons. It was streamed entirely online as large gatherings aren‚Äôt encouraged right now, but most importantly, no new iPhones were announced. What the event did focus on was the Apple Watch […]

With September approaching things are hotting up in the mobile phone world. July saw the release of the OnePlus Nord and this month should see five new Samsung phones (including the Note 20) and the Pixel 4a eventually seeing the light of the day. More phones are still scheduled for September and beyond, so let‚Äôs […]

Apple recently announced the latest iteration of its iPhone operating system – iOS 14. Expected to be launched in September, probably at the same time as the iPhone 12, this release offers many new features, although a large number of them will be familiar to Android users. Below we have outlined a number of the […]

Each month we are going to take a look at what is being leaked and the rumours about new handsets in the mobile phone world. As we move towards Autumn, there are quite a few expected handsets to talk about. OnePlus Nord Expected later this month, the Nord is OnePlus‚Äô entry level phone. It should […]

With so much choice in the smartphone world, we thought we would help you out by highlighting a number of handsets in the ¬£400 – ¬£500 category. These are in no particular order and we have deliberately tried to include as many different manufacturers as possible. So, without further ado, let‚Äôs get started. Apple iPhone […]

Comparing the cameras on the iPhone 11 range

Apple have always had a reputation as a leader in the smartphone camera sector. Right back to 2007 when the original iPhone shipped with a no-frills 2MP single lens, it took good pictures. Over the years they have continued to build on this with both their single and multi-camera arrays always being comparable or better […]

What are the new, powerful Time of Flight (ToF) cameras?

Since the end of 2018, many smartphones have started to introduce Time of Flight (ToF) camera lenses to their rear array. This trend looks likely to accelerate during 2020, with even the successor to the iPhone 11 mooted to have one included. So, what is a ToF sensor and what benefit does it bring to […]